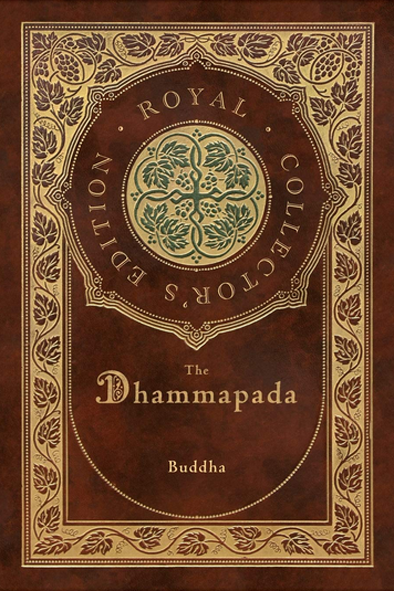 The Dhammapada is a collection of sayings of the Buddha in verse form. It is one of the most widely read and best known Buddhist scriptures. According to tradition, the Dhammapada’s verses were spoken by the Buddha on various occasions. Each saying recorded in the collection was made on a different occasion in response to a unique situation that had arisen in the life of the Buddha and his monastic community.

The Dhammapada is considered one of the most popular pieces of Theravada literature. The text is part of the Khuddaka Nikaya of the Sutta Pitaka, although over half of the verses exist in other parts of the Pali Canon, a collection of Buddhist writings of Theravada Buddhism.

The Buddha (c. 5th to 4th century BC) was a philosopher, mendicant, meditator, spiritual teacher, and religious leader who lived in Ancient India. He is revered as the founder of the world religion of Buddhism. He taught for around 45 years and built a large following, both monastic and lay. The Buddha was born into an aristocratic family but eventually renounced lay life. According to Buddhist tradition, after several years of mendicancy, meditation, and asceticism, he awakened to understand the mechanism which keeps people trapped in the cycle of rebirth. The Buddha then traveled throughout the Ganges plain teaching and building a religious community. He taught a spiritual path that included ethical training and meditative practices.